GEOLOGY:
From the geomorphological point of view, the region where the RPPN is located is part of the São Francisco Depression and São Francisco Plateaus region. The natural conditions of the region are the result of a geological process based on the removal of sedimentary material occurred during the tertiary period (Urucuia and Santa Helena Formations) and then exposure to lime layers of the Bambuí Series, estimated to be from the Pre-Cambrian period.

SOIL:
The soils of the Pandeiros River drainage basin where the RPPN is located are essentially sandy, non-structured, deep and with high drainage capacity. It was originated due to the transport and sedimentation of materials carried through large flows of water in past geological periods. These conditions caused the soil to be poor in nutrients, very acid and lacking organic material. The removal of the vegetation covering these soils for agricultural purposes is not recommended, because this process actively influences the generation of erosive processes. Hydric soils are present along the stream channels, veredas and humid lands. Humid lands are soils formed when organic materials are carried as a result of the erosion of higher soils and deposits of vegetal materials.

CLIMATE:
The climate of the region where the RPPN is located according to the Köppen classification is Aw, i.e., humid tropical savanna, with dry winter and rainy summer, thermal range between 9ºC and 45ºC during cold and hot periods, respectively. However, the average temperature of the coldest month is higher than 18ºC. The rainfall regime is tropical, and occurs during summer. There are two very distinct seasons. The dry season starts in May and ends between September and October; precipitation during the driest month is lower than 60 mm. Rains are frequent between October and March, with the highest concentration in December and January, with 80% of the yearly rainfall distribution for this region. The rainfall distribution is variable – 700 mm for the driest years and 1200 mm for years with most intense rains. This hydric deficit is the result of intense transpiration and is one of the most predominant  features of the climate of the region, occurring between May and September, and can lead to a big drop in the relative humidity, with the driest days below 35%.

HYDROGRAPHIC SYSTEM:
The veredas and humid lands that create the sources for the main water courses - which form the drainage basins for the Pandeiros River – are supported by the aquifers within the solid arenite formations of Urucuia and Três Marias. The entire hydrographic system of the RPPN flows to the Pardo and Pandeiros Rivers, the latter considered one of the largest tributaries of the São Francisco initial and middle regions. 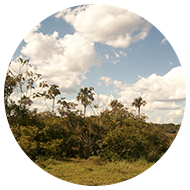 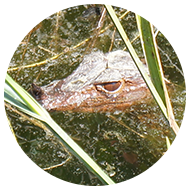 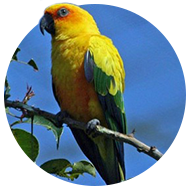